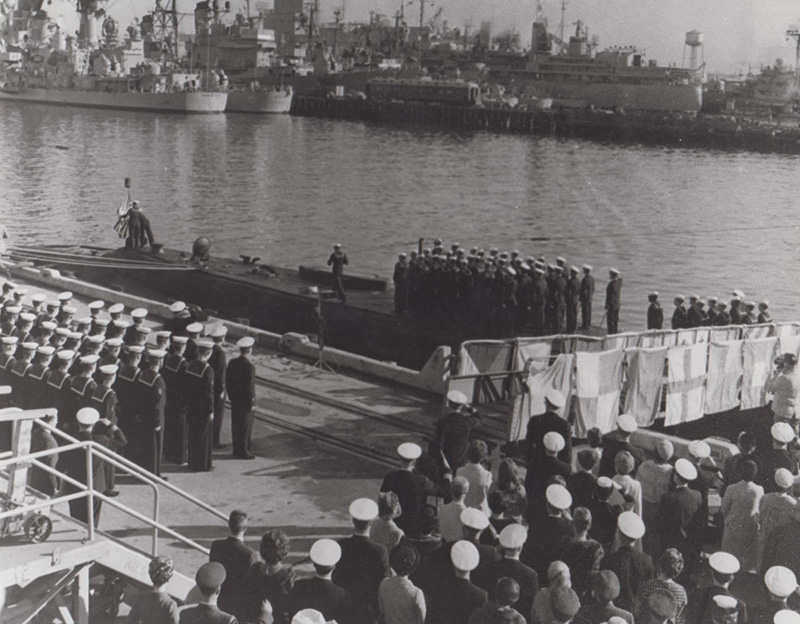 On the 2nd of December, 1968, the submarine USS ARGONAUT (SS 475) began a new chapter in her already long, adventurous life. For the sum of $150,000, she was transferred from the USN to the Canadian Forces and renamed HMCS RAINBOW (SS 75). While RAINBOW may seem an unusual name for a vessel uniformly painted in one colour, it was named after one of the first ships ever to enter service in the Royal Canadian Navy - aaaaalll the way back in 1910.
‹
›